Wales 1990/92 home shirt. A timeless home top made by Umbro for Wales 1992 European Championship campaign, this magnificent Welsh jersey deserved to be showcased at a tournament.

Unfortunately however, a talented Welsh team including Ian Rush, Mark Hughes and a young winger by the name of Ryan Giggs failed to make the finals.

Notable players to wear the Wales 1990/92 home jersey include; 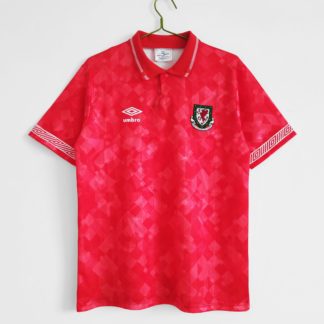