Wales 1982 away shirt. This was worn by the Welsh national team during their 1982 World Cup qualifying campaign that ended in disappointment on the final game, with a 2-2 draw at home to Iceland.

It was as close as Wales had come to qualifying for a World Cup since their last appearance in 1958.

Notable players to wear the Wales 1982 away shirt include;

Be the first to review “Wales 1982 Away Shirt” Cancel reply 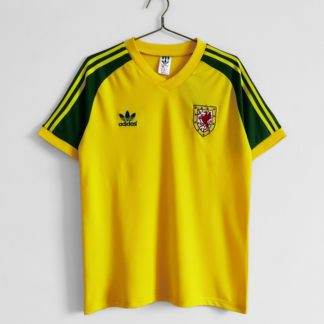