Made by Umbro, this grey England shirt is a popular classic that most England fans can remember where they were when heartbreak hit.

Although England played some great football and had the nation believing it could be the first time since 1966 they could win a major honour, it was more devastation at the hands of the Germans in the semi-final – again losing out in a penalty shoot out with current England manager Gareth Southgate missing the all important penalty.

Be the first to review “England 96 Away Shirt” Cancel reply 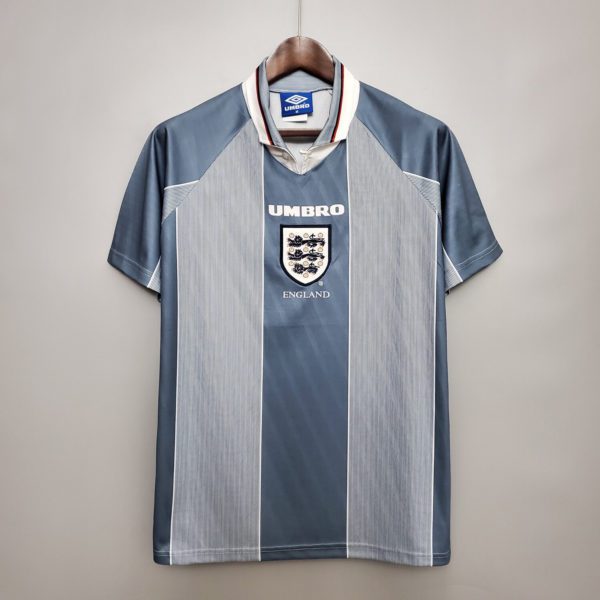