England 1990/92 home shirt .Without doubt one of England’s most iconic England shirts of all time.

Worn during the World Cup in Italia 1990 where England reached the semi-final before falling short, losing out on penalties against eventual tournament winners Germany.

This England shirt is also a hugely popular choice due to the simplicity of the Umbro design, meaning it has stayed appealing throughout the years.

One of the most famous images of this shirt was of England’s main man in the tournament Paul Gascoigne in tears after picking up a yellow card in the semi-final, ruling him out of the for the final should England progress. 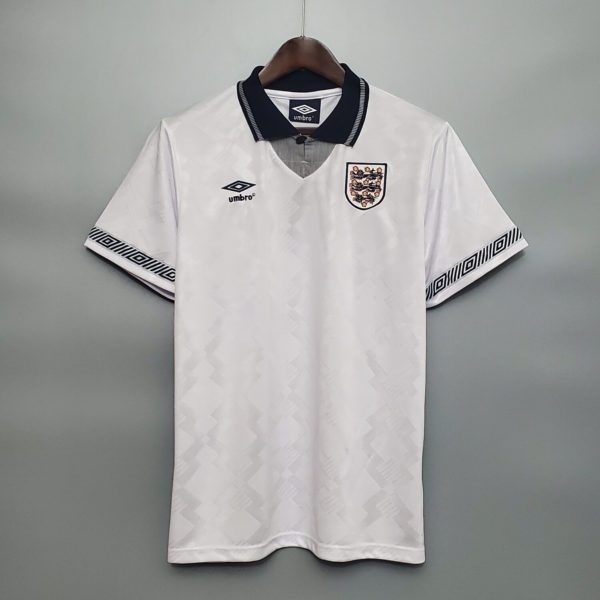